CD2 ‘Alternative Ghosts’ contains new alternative versions of every track from the original album, again engineered, mixed and mastered by Karl Groom and featuring Mark Spencer on Bass on a Galahad album for the first time along with Lee on most of the guitars with a few contributions from Karl Groom and Roy Keyworth.

CD3 is a re-mastered version of the rather experimental ‘De-Constructing Ghosts’ album which was originally a separate companion release to the main album, under the name of the ‘Galahad Electric Company,’ back in 1999. This CD contains tracks written and arranged by various other musicians, DJs and re-mixers pieced together from the original Galahad multi-tracks resulting in completely different songs in most cases!

In many ways this was a comeback album, a fresh start after the difficult trials of the previous ‘Sleepers’ album which is also being re-released on vinyl LP for the first time. An album which seemed to polarise opinion at the time within Prog circles, mainly because of its diverse and, ironically, truly progressive nature. Twenty-two years later, we think it actually still sounds pretty fresh and perhaps will be assessed in a positive way in today’s more accepting musical climate as far so called ‘Progressive Rock’ is concerned.

This package includes new artwork, photos and notes by various band members and others who were involved at the time. The first 500 CDs will also contain a copy of the original CD booklet and a signed original CD tray inlay.

'Following Ghosts -Expanded Edition' will be available to pre-order on CD from Monday 3rd August from our merchandise page and will be released officially on Monday 7th September. Orders will also be despatched during the week beginning 7th September.

A download/streaming version will also be available from our official Galahad Bandcamp site from Monday 7th September2020.

The 2019 re-mixed version of the original album will also be available as a double LP on Gold coloured vinyl at some point in the near future, more details to follow once finalised. 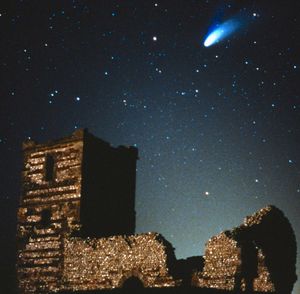