Avalon Records is proud to present an ‘unexpected’ new album by Galahad off shoot project the ‘Galahad Electric Company’.

During these strange ‘Covid’ times in which we have found ourselves over the last few months it appears that Dean Baker and Stu Nicholson have tapped in to a rich vein of creativity resulting in a substantial collection of new music and songs. Therefore, the time seemed right to re-activate the ’Galahad Electric Company’ for the first time in over 20 years resulting in a brand new album ‘When The Battle Is Over’.

Most of the album was written between the middle of May and the end of June 2020 and is split in to two distinct sections, the first part being ‘Suite 2020’ a self-explanatory and somewhat ironic title which consists of five linked tracks. The second half of the album consist of five separate tracks, somewhat diverse in nature.

Also, due to more constraints than normal as far as the recording process was concerned a certain amount of experimentation was involved with some of the songs, a few of which were ad-libbed and written in an almost ‘stream of consciousness’ manner!

Stu remarked “This is the first album we have ever recorded whereby neither of us have actually been in the same building at the same time at any point! The actual main writing and recording process only took about five weeks in May and June which is very quick for us! In fact, it was a very easy, fun and quick album to write and record which should, in theory, always be the case but quite often isn’t. “

The end result is an eclectic mixture of music and songs, examples of which are an adaptation of a poem by the famous 19th Century Dorset dialect poet and friend of Thomas Hardy, William Barnes (My Orcha’d in Linden Lea) and even Stu’s cat Sammy Gorgeous contributes ‘meows’ to ‘Mysterioso'! There are also nods to dance, folk, ambient, krautrock and even opera and gospel influences, all scattered throughout.

'When The Battle Is Over' is now available to pre-order from our official web site merchandise page. Although  the album will be officially released on Monday 5th October and be available on CD  from the official Galahad website as well as from the Galahad Bandcamp site where it can also be downloaded/streamed. It will also be available to purchase from all the usual on line platforms.

In the meantime, the album will be preceded by an EP, ‘Open Water’ which will also feature a new version of an old Galahad classic from the mid 1980s ’Through The Looking Glass’ which has been re-worked and re-recorded by Stu and Dean as well a 'laid bare' version of the 'Open Water'.

The single will be available to download/stream from Monday 14th September from the official Galahad Bandcamp site as well as from Apple Music, Amazon etc. A video to accompany ‘Open Water’ will also be available to watch online.

2. When the Battle is Over

4. All that Binds Us

9. My Orcha’d in Linden Lea 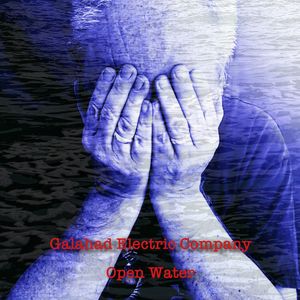 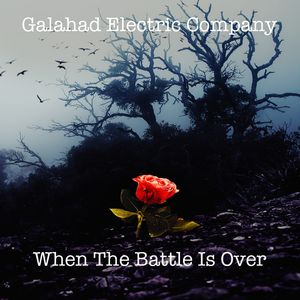