All of us in and associated with the band would just like say a massive, heartfelt THANK YOU to everyone who has pre-ordered and purchased our new 'Seas of Change' studio album. We have been blown away by the interest and response to the album which, effectively, is a comeback album after a pretty difficult couple of years or so. We really weren't expecting such a positive, heartwarming response.

We are so very proud of this album which has been a labour of love and is, in our opinion, an unashamedly no holds barred 'Progressive Rock' record, all 43 minutes of it (plus the CD edits of course)!

We also really appreciate the support from all those Galafans who have followed and remained faithful to us over the years and also would like to thank all those who are new to the band for giving us a chance and hopefully we will keep you on board in future.

We would also like thank everyone who has (mainly) given us such positive reviews/ratings and 'understood' what we were trying to get across and achieve.
Hopefully, we will see some of you at a few up and coming shows we have planned for this year and thank you in person.

Dates confirmed so far are as follows: 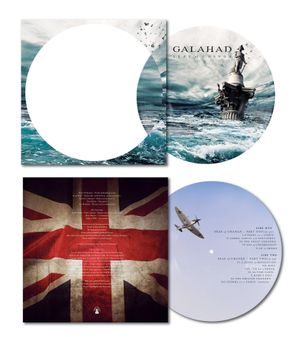